The adult obesity rates in Australia continue their climb, rising from 24.4 percent of Australians to 28.1 percent over the fours years to 2012, a latest report from the Council of Australian Governments (COAG) Reform Council showed Friday. 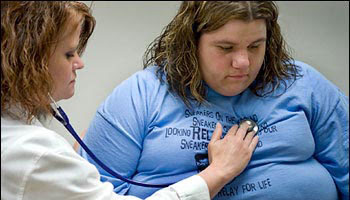 This report, COAG Reform Council’s fourth report on the National Healthcare Agreement, shows that in 2011-12, 63 percent of Australians were either overweight or obese – 35 percent of people overweight and 28 percent obese. The result was higher than the OECD average in 2010 of 22.2 percent.

According to the figures, nearly two in three, or 63.2 percent, of Australian adults were considered either overweight or obese, with more men than women falling into that category.

In addition, 7.6 percent of children were considered obese, and an additional 17.7 percent overweight.

This report has warned governments that more needs to be done to tackle obesity and recommends that federal, state and territory leaders note “the lack of progress” toward reaching a 5 percent boost to the number of Australians at a healthy body weight by 2018.

“It’s concerning to see that so many Australians are overweight or obese but the fact that the situation is getting worse suggests that it needs urgent attention from our governments to prevent flow-on effects across the system,” Council chairman John Brumby said in a statement Friday.